The double-feature began with a Town Hall segment hosted by Allen along with Russel Groves of Groves & Co, Greg Dufner and Daniel Heighes of Dufner Heighes, and Brian Messana representing Messana O’Rorke. The residential designers spoke to Allen about working from home while she shared images of their respective spaces. The group of men—who happen to be friends—often get together, but are now separately sequestered across the Tri-State area, getting their work done as best they can. Groves has found it more ergonomic to move around throughout the day, instead of staying at the same desk from morning to night. Messana, on the other hand, works beside his husband at a gigantic dining room table. Dufner and Heighes connect over Zoom daily—one from a house in Connecticut, the other from an apartment in SoHo.

While Zoom and Microsoft Team meetings make collaboration possible, these technologies also lead to stilted means of speaking and new approaches to sharing drawings—by holding them up to the screen, for example—marking new challenges for the designers. “The finesse and details of things” are best resolved in person, Allen pointed out. But nonetheless work is getting done. Though the group said many client projects are on track, they are experiencing some cancellations and delays. Thankfully, no one is feeling isolated in isolation as they remain connected to colleagues and friends, sharing struggles and resolutions.

Up next, Allen hosted Inside the Issue: Big Ideas where she spoke to three creatives with projects featured in the April issue of Interior Design. First, Allen spoke to Noah Waxman, a co-founder and head strategist of Cactus. Waxman explained the firm’s Mira project, a system built to keep smartphones in our pockets. “We want people to enjoy physical places without being distracted,” Waxman said. Mira is installed into a wall and captures high quality images that can remain such or be turned into a gif or video. Because it’s a hands-free piece of equipment, it’s perfectly suited for messy situations. This “software as a surface” connects to a card, bracelet, or fingerprint and that’s how users get their images.

The following guest, Benjamin Hubert, is the founder and creative director of the multidisciplinary firm Layer. “I’m really a designer at heart,” he admitted to Allen, jumping into a discussion of Joyn—the project featured in the April issue. The concept behind Joyn is “to embrace and elevate the ride-share experience, but to really think about each individual passengers’ journey,” he said. How do you think about the mental and physical well-being of strangers within close proximity? The prototype—after literal years of research—is a modular design that fits up to eight passengers. Not only that, but the interiors will offer soft textile upholstery, stowable tables, charging ports, and adjustable winglike headrests. All of this and more, including an accidental Vogue dancing moment, enlivened the chat. 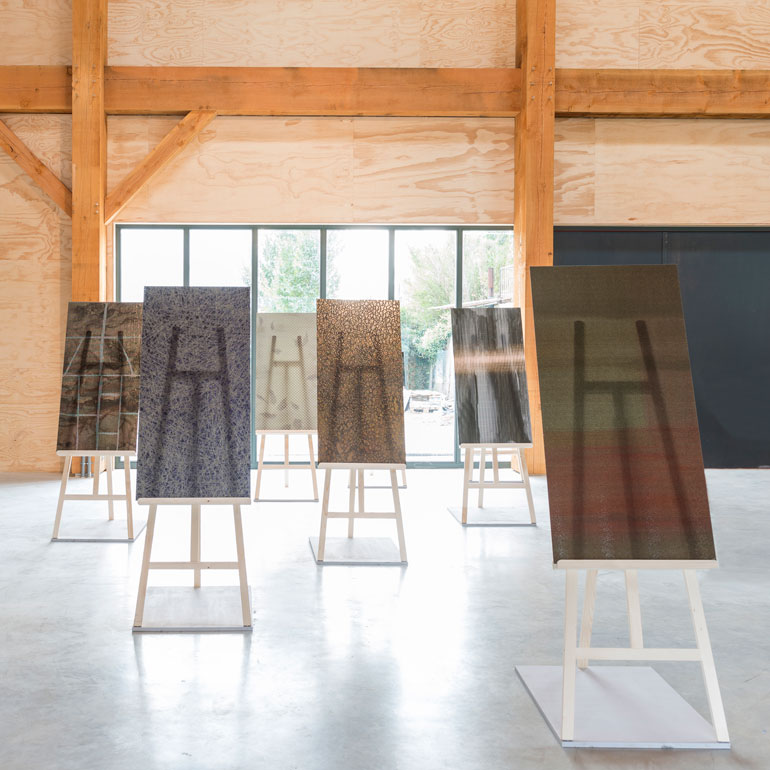 To cap off the week, Kiki van Eijk and Joost van Bleiswijk joined Allen from their country home outside of Eindhoven in the Netherlands. Their company, Kiki & Joost, creates solar panels with a new look. The inspiration came when they were building their own studio and wanted to use solar energy. Fortuitously, the company they ended up going with, MyEnergySkin, was looking for designers to help them create new solar panels because, as van Eijk bluntly put it, “they were always so ugly.” Their solution, which Allen showed on-screen, are facade panels that are energy efficient and aesthetically pleasing.

“We wanted to create a feeling of a new material,” said van Eijk, who went on to explain that this was achieved by spraying, brushing, or dripping acid on metals, scanning and repeating the results, then applying them to glass. Because MyEnergySkin handled the operational aspects of the panels, Kiki & Joost had the freedom to “open up [their] minds.”